Each year, the IRS indicates if the 401(k) contribution limits are going to remain steady or change for the following year. These limit adjustments are meant to accommodate cost of living increases over time. The IRS recently confirmed that 401(k) limits will increase from $18,000 in 2017 to $18,500 in 2018. Those who are 50+ years old will continue to get an additional $6,000 in catch-up contributions, allowing them to contribute a total of $24,500 to their 401(k)s yearly as of January 1, 2018. These new contribution limits are also true of 403(b), most 457 plans, and the federal government’s Thrift Savings Plan. If you haven’t already, let your employees know about these updates so they can take advantage of the extra tax-deferred savings! 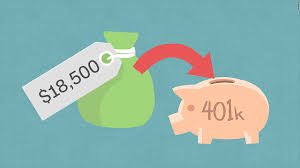 Similar to the updated contribution limits, the IRS has also indicated that the annual compensation limit associated with 401(k)s will also change — this will be increased to $275,000 in 2018, from $270,000 last year. Along with the change in contribution limits, comes an updated total for employee and employer contributions of $55,000 per year.

If you’re curious how to get more employees to take advantage of the company retirement plan and max out their tax-deferred retirement savings, read this piece on increasing 401(k) employee contributions. You can also get in touch with one of ForUsAll’s retirement plan consultants to discuss savings-maximizing plan features like auto-enrollment, auto-escalation, profit sharing, and more!